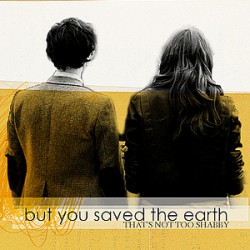 THREE AND A HALF TO FOUR STARS!

I've always been an unapologetic Inception fan and so when I read the blurb for this book, there was no way that I could pass on it. And I was not disappointed at all, not only did it bring all my Inception feels to the fore but it also had me drowning in its own feels as this book had its own style, despite there being similarities within the dream world and concept.

Darkness Falls is a paranormal romance that is set in what seems like a contemporary future. Reve, the french word for "dream," is a pop culture phenomenon thats taking the world by storm, with so many people signing up to enter a shared dream space where they can indulge in their fantasy lives. One such person is the ever reluctant and sensible Jordan Lane, who, accompanying her sister Maisie into the dreamworld, is marked by a Chimera agent by the name of Malcolm Rook. When it becomes obvious that Jordan has an uncanny ability for the dream world, she becomes the target of an unknown, shady organisation. Thus begins Jordan and Rook's fight for survival, but they quickly come to realise that Rook's demons may be a far greater danger.

I quite enjoyed this book. I found myself relating to Jordan in that I've always been the sensible sister, always shouldering the responsibility so that my younger sister could be absolutely carefree, so I definitely felt a connection pretty much from the get go. What made me absolutely love her was how she grew into her wicked powers and how absolutely fierce she was when it comes to protecting the ones that she cares for. This is a woman who is more than capable of rescuing herself and it just makes my heart thump wildly in admiration. Rook, for me was a good character, though he didn't stand out as much as Jordan did. I did, however, appreciate how protective and possessive he was of Jordan and how he drew strength from her to face his own demons.

How did a man catch up with his own nightmare? He had the answer now: when his woman was fighting it every step of the way. Right on, bro. Right on.

Also, what really worked for me was Joshua. I don't know about you guys but evil/scary kids have the power to scare the hell out of me. And when I say scare, I mean whimper pathetically while hiding under my bed covers. So when I read about Joshua and his freaky appearances, I freaked out appropriately and cheered Jordan on.

So why not five stars? Even though I really enjoyed this book, there were several aspects that stopped me from being head over heels in love with it. The first is the length of the book. I understand its a novella, but I feel this book could have been so much more if it was longer. Its such a rich concept that 115 pages couldn't possibly be enough to fully explore not just the dreamworld but the characters as well. Which leads me to my next point that everything unfolded rather quickly, often times too quickly. For Jordan and Rook, whilst I had no problem with the instant attraction between them, I would have loved it if the author could have built their relationship up more. I found myself wishing for some witty banter or for some training sessions that would somehow turn steamy. For the story itself, I wish the fight scenes could have been prolonged for us to get a better grip on Jordan's powers, to learn her limits and possibly see it begin to evolve. The only other issue I had was the writing style. I know everyone has their own unique style but I found Erin's a bit so-so for me. At times it was brilliant and well suited for the story at hand, at other times I found it sometimes awkward, often making scenes disjointed somewhat.

Overall though, I quite enjoyed this book. Definitely need to check out the second book in this series!

quickie reads there be some crazy mofos up in hurr mcs to root for female mcs that get shit done female mcs I can relate to uther says saucery netgalley reads
Source: http://www.goodreads.com/review/show/1002351238
Tweet